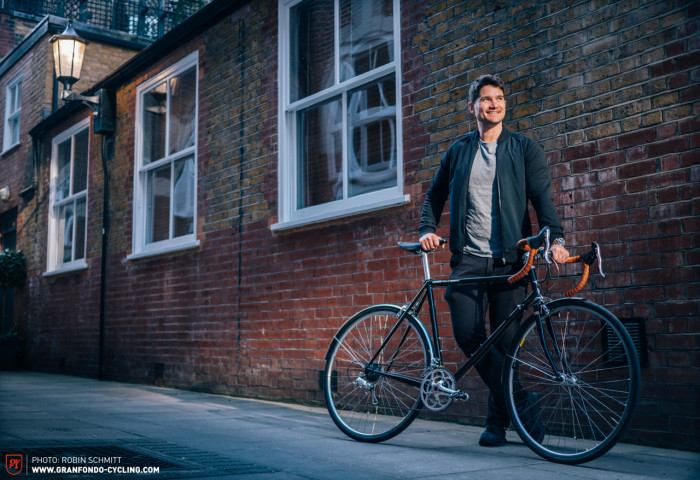 The last name Cooper is linked to the history of the 4 wheels and since 2009 also to the history of the 2 wheels. Cooper Bikes is a company founded 10 years ago by Charlie Cooper, grandson of John Cooper, creator of the F1 Cooper team and the Mini Cooper. His father is Mike Cooper, who led the company’s transition to the new format in 2000.
But Charlie Cooper can define himself perfectly; He is an entrepreneur, pilot of the MINI Challenge UK and, fortunately for us, an extraordinary person.

TCM: We won’t start this interview asking about your family. What is your favorite ice cream flavor?
Charlie Cooper: Vanilla. My favourite desert is Affogato (vanilla ice cream with a shot of espresso) or maybe Tiramisu.

TCM: Ok, now that we’ve broken the ice, let’s talk about the family. It seems that the taste for the engine is genetic and is transmitted from parents to their sons; Cooper, Andretti, Hill, Stewart … How do you live this legacy from within?

Charlie Cooper: I never realised how special my grandfather, John Cooper, was until I went to the British Grand Prix with him when I was a young child. All the famous racing drivers of the time wanted to speak to him. It’s a amazing how much my father, Mike, has also done from bringing the Mini Cooper back to launching John Cooper Works. I soon realised it wasn’t about comparing myself to my father and grandfather but keeping the Cooper spirit alive in my own way.

TCM: How has your relationship with the family influenced this whole process? Have they inspired you in any way?
Charlie Cooper: Although I have moved from motorcars to pedal power with the business the same spirit carries on. My grandfather was a true innovator and I think I am trying to keep the spirit of innovation in the brand today. I haven’t had my rear engine revolution yet but I hope it will come. TCM: You were born surrounded by loud engines. Where did you get the idea of ​​starting a company like Cooper Bikes?
Charlie Cooper: I still love loud engines but moving to London I soon realised that the motorcar was not the best form of transport for the city. I commuted to my job in advertising (after leaving the family business in Sussex working on John Cooper Works) every day on my bicycle and it inspired me to build a quality bike that was also beautiful.

“My grandfather was a true innovator and I think I am trying to keep the spirit of innovation in the brand today”.

TCM: How has this challenge personally influenced you?
Charlie Cooper: Now Cooper’s main focus is E Bikes. Urban transportation is going through a major shift and my aim is to get Cooper at the forefront of this transformation.

TCM: What can Cooper Bikes offer as a main difference from other brands in the market?
Charlie Cooper: Cooper always uses the best, forward thinking technology and make it available to improve the experience for the user. We want to create a range of bikes and E bikes that are separated from the competition by the technology they use but still maintaining a beautiful functionality.

TCM: The Mini Cooper is known worldwide, among other factors, for its ability to individualize and personalize. Does Cooper Bikes follow the same concept?
Charlie Cooper: Our range of E bikes come in 4 colour options but the beauty with bikes and e bikes is that riders often customize their rides over time. We are also relaunching our Custom offering where customers can buy a unique special bike from us. (www.cooperbikes.com/custom) TCM: How do you see the future of urban mobility?
Charlie Cooper: Cities are gridlocked and infrastructure planning is moving fast. Cities in the future will prioritize pedestrian, cycle and e bikes over the motor car. Whilst Electric cars will become more part of the fabric of our cities I think they will be used more for longer journeys between cites. I also see cars and more personal forms of transport, like cycling, working more in harmony in the future.

TCM: The first Cooper Bikes models were called the same name as the legendary F1 racing cars and it seems they reaped the same success
Charlie Cooper: When we launched in 2009 we didn’t know what to expect from critics. We just built what we liked. It was brilliant to win awards from GQ and especially Wallpaper for a design award but what’s more important is that the people who buy them and ride them love them.

TCM: We have seen that F1 has also put its magic on some Cooper Bikes models
Charlie Cooper: The KERS system on our Zehus motor is really efficient. We are always working with our partners to add innovative and useful features. TCM: Speaking of competition, you have been able to feel in your own skin what it means to get behind the wheel of a race car. How was your first experience with a MINI R53?
Charlie Cooper: It was extremely nerve racking as I had never raced before. The R53 was the perfect car to learn in even if the competition was very good here in the UK in that class. My first race was at Donnington and although I finished near the back of the field I loved every minute of it and even enjoyed a few overtakes.

“When we launched in 2009 we didn’t know what to expect from critics. We just built what we liked”.

TCM: You have reached the Cooper PRO category. How would you describe the experience?
Charlie Cooper: Racing in the JCWs is a real experience and the cars in the UK, Italy and Japan are all full blown race cars. They are said to be like MINI touring cars. I have had to learn how to tame them as with any fast front wheel drive race car they can be quite nervous before the rear tyres are up to temperature. I can’t wait to get behind the wheel in one of them again this year.

TCM: From newcomer to lead the race in Monza. Do we have a pilot for more seasons? Have you definitely fallen in love with the competition? Is it a marriage or is it a summer love?
Charlie Cooper: I am absolutely in love with racing. I will also try and get on track as much as possible whether it is a modern f56 JCW or classic Mini Cooper at tracks like Goodwood. I haven’t got the time to race a full season this year as I am busy working on the bikes and as an ambassador for MINI but I will definitely be racing at a few individual races. TCM: Have you ever considered making bicycles oriented to the world of competition?
Charlie Cooper: Our main focus right now is on urban e bikes and beautiful unique custom bikes. But never say never.

TCM: What advice would you give to the Charlie Cooper from 2009?
Charlie Cooper: Don’t worry about what other people think… just do what you think is right.